This is from a series of posts called Lessons from Game Design in which I apply some of the lessons of game design to the art of teaching.  For some background as to why I am doing this and why I think game design is relevant to teaching, see my Introduction post.

Several years ago, the makers of Magic noticed that they were having a problem holding onto new players because of the growing complexity of the game.  The designers’ response was to take advantage of something known as “piggybacking”.  The idea of piggybacking is to design around an already well-understood concept.  This reduces the cognitive load required to process a certain concept.  Take the following Magic card text as an example of what something could look like without piggybacking:

Confused?  What does this card do?  There may be a lot of unfamiliar terminology and syntax here.  Let me show you the rest of the card to see if that clears things up at all. 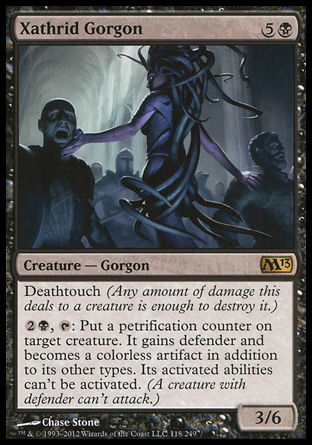 Despite the fact that you still may not understand what some of those terms mean, you probably have a much better idea of what the card does simply because you are familiar with Medusa.  Medusa turns people into stone by looking at them.  Stones are perfectly capable of acting as obstacles, but they certainly can’t attack you.

Another great example of piggybacking (which is described in the linked article) comes from the game Plants vs. Zombies, which is an implementation of a game style called tower defense.  In a tower defense game, you must defend something from an incoming attack force by strategically placing immobile defense units.  As the game goes on, the attack force becomes more dangerous and you get access to more powerful defenses.  One of the particular defense units in Plants vs. Zombies is called the Pea Shooter, which shoots peas at incoming zombies.  The upgraded version of the Pea Shooter deals more damage, but as a designer how do you convey the fact that it deals more damage in clear, obvious way?  The solution was to call the upgraded version the Repeater, and it shoots two peas at a time.  The designers are piggybacking off of the familiar concept that two is more than one. 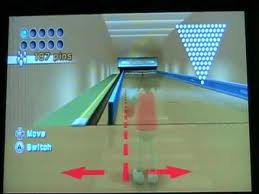 Who wants to count that?  They’ll be begging for a generalization.  Once again, Dan Meyer is a treasure trove of wonderful ideas in this vein, and I will be talking more about the Three-Act method in later posts.

Are there other ways you can think of to use piggybacking?